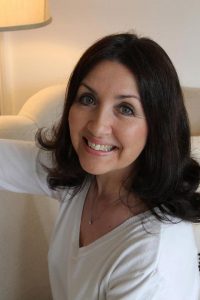 Samira’s early training was with Noreen Bush at The Bush Davies School and then at The Royal Ballet School at age sixteen. At eighteen, she graduated into Sadler’s Wells Royal Ballet.

During an illustrious, twenty year career with Sadler’s Wells and Birmingham Royal Ballet, under the directorships of Sir Peter Wright and David Bintley, Samira worked with legendary choreographers such as Sir Frederick Ashton, Sir Kenneth MacMillan and Dame Ninette de Valois. She danced in all the classics, in particular noted for her interpretation of Giselle, in Peter Wright’s own production. In David Bintley’s three act ballet; The Snow Queen, Samira was chosen to create the title role, winning critical acclaim.

In 1999, after retirement from dancing to concentrate on teaching and choreography, Samira was invited to teach and to help develop Birmingham Royal Ballet’s Dance Track Programme and also taught Royal Ballet School Junior and Senior Associates.

In 2012 Samira was appointed Director of Dance at English National Ballet School. She became Head of Intensive Courses and International Relations at The Royal Ballet School in November 2017.