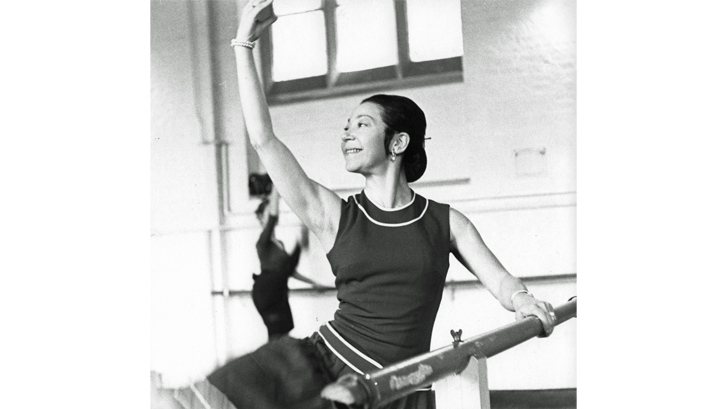 The Hungarian teacher Maria Fay, who had a significant association with The Royal Ballet School, died on 17 October aged 91.

To many dancers and ballet companies around the world, since her flight from the Hungarian Uprising in 1956, Maria Fay was a superlative classical coach with a deep understanding of the shape of movement and the underlying qualities that can be drawn from the subtle use of technical prowess.

Madame Fay also devised a floor barre that continues to be used by many dancers to aid recovery from injury or simply to help strengthen core technique.

Over and above her work as a classical dancer and then teacher she developed a distinctive method of teaching character work to classical dancers. This followed many existing precepts but also drew on her own experience of Russian training, her personal stage career, and her time spent studying with Igor Moiseyev.

Maria Fay believed that deep understanding of the individual techniques, music, and stylistic quirks involved helps in the theatricalisation of what were originally national dances, as they morph into divertissements in the great 19th century classical ballets. She was also concerned that classical dancers should feel able to give these dances real energy and vigour when demanded, without fearing that bulging muscles or injury would ensue.

Her charismatic style and knowledge of the character dance genre resonated with Ninette de Valois and Ursula Moreton and she had a long and fruitful association with The Royal Ballet School from the 1950s to the present day. This was also due to Valerie Adams, who championed Maria’s work through the Craftsman’s Course, which was re-styled The Royal Ballet School Teacher Training Course of which Valerie was director from its inception.

It is hard to encapsulate in words Maria Fay’s glamour and force of personality. She taught with love, a ferocious eye and great energy, and yet by contrast could captivate the imagination and characterise a movement, be it classical or in any other genre, with the smallest gesture of wrist or angle of head. Her knowledge of music was encyclopaedic, as was her understanding of, and interest in, many forms of culture and artistic enterprise, politics and all that makes life so fascinating.

Maria Fay was an inspirational mentor and coach and a beloved friend. Latterly she talked often of her gratitude to this country, and to the dance and academic establishments here who gave her, and her beloved husband Peter, the opportunity to put their refugee status behind them and rebuild their lives and respective careers.