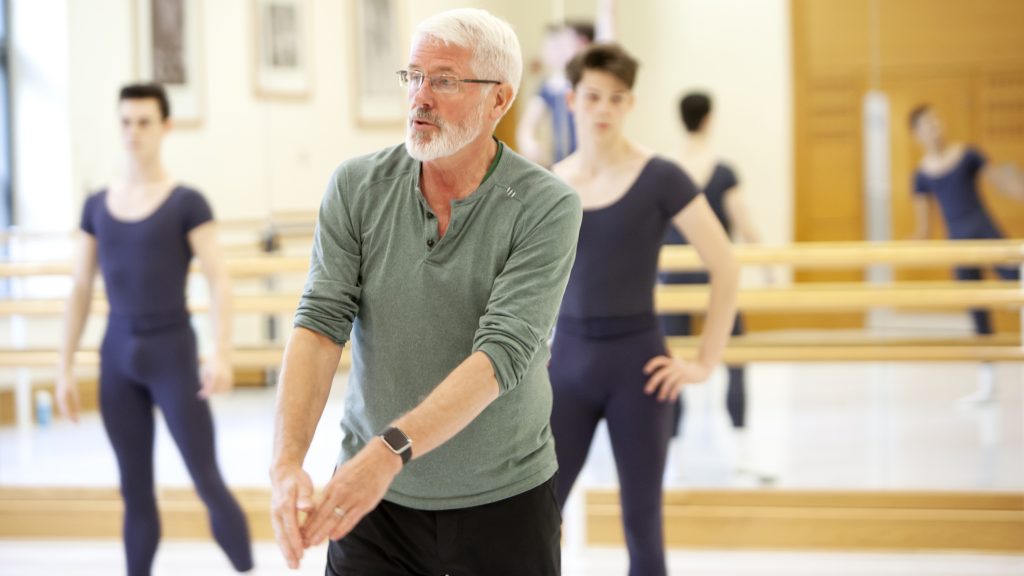 We were recently delighted to hear that our former Assistant Artistic Director, Jay Jolley, was awarded an honorary OBE for his services to dance.

During his time as the School, Jay initiated our Outreach and Access departments, facilitating a range of educational community programmes including Primary Steps.

This award to Jay is very much deserved. Not only did he reach great heights in his dancing career with The Royal Ballet and English National Ballet, but he helped foster a new generation of talent through his teaching and pioneering outreach work.

As a School we are indebted to Jay for initiating our Outreach and Access departments as well as his successful tenure as both Assistant and Acting Artistic Director. On a personal note, I remain incredibly grateful to Jay for his support when I began in my role as Artistic Director at the School.

Jay began his training in Utah and later went on to study with William Christensen, the co-founder of the San Francisco Ballet. He first performed with Ballet West in Salt Lake City before moving to New York City Ballet. Encouraged by Rudolf Nureyev to come to London, he joined London Festival Ballet (now English National Ballet) before being invited to join The Royal Ballet as Principal Artist.

In addition to his administrative and artistic roles at the School, Jay was instrumental in the development of the White Lodge Museum and Ballet Resource Centre, which was the first dedicated ballet museum in the UK. He also played a substantial role in the creation of the Ninette de Valois: Adventurous Traditionalist Conference, which aimed to facilitate a rigorous and multi-disciplinary exploration of de Valois’ life and legacy.