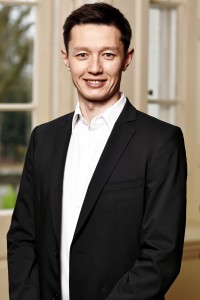 Zhan started ballet at the age of 11, training at Almaty Ballet School where he was taught the Vaganova method. He then joined The National Ballet Theatre before embarking on his career as a Principal dancer with Russian National Ballet until 2001.

He performed worldwide throughout his dancing career, across North America, Europe, Asia and Oceania and made a number of guest appearances in Rudolf Nureyev Annual international festivals and various worldwide competitions.

In 2001 he joined St Petersburg State Ballet as a Principal dancer where he performed until 2006. He then moved to English National Ballet where he retired as a dancer to pursue a new challenge in teaching.

Zhan gained qualifications from the Royal Academy of Dance and British Ballet Organisation to become a teacher, hoping to inspire future generations of dancers. He joined The Royal Ballet School as a Ballet Teacher in 2013.